Nicole Snell of Luxe Interior Studios is the designer behind the award-winning home “the Newcomer.” She explains her design strategies, concepts, and challenges to bring all the pieces together and complete this home during the height of the Pandemic.

How did the pandemic affect your work on the Newcomer?

We were presented with some challenges during the construction process on the Newcomer. We were in the thick of the pandemic, and there were supply chain issues we had to deal with. We ended up having a couple of different fixtures that were just placeholders for the home show until we could receive our permanent installation.

Another hurdle we had to jump over was furnishings. All retail stores were shut down leading up to the last couple of weeks getting ready for this show. It wasn’t until two weeks before the show that I could finally get into a retail store to gather those little bits and pieces that would accessorize the space and make it feel like a home. 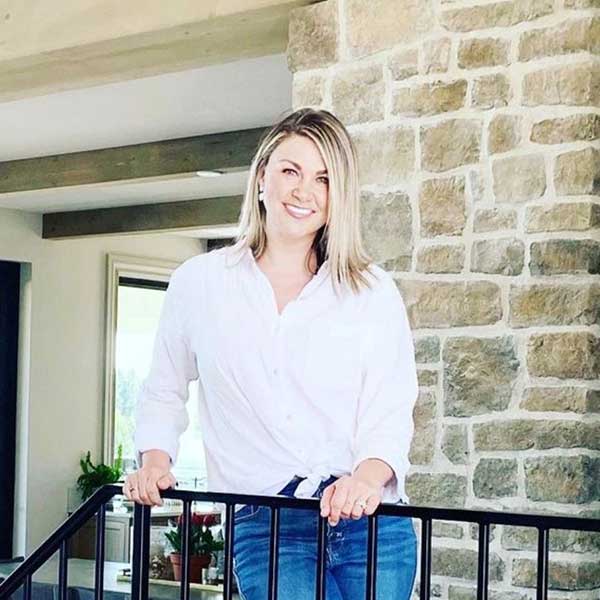 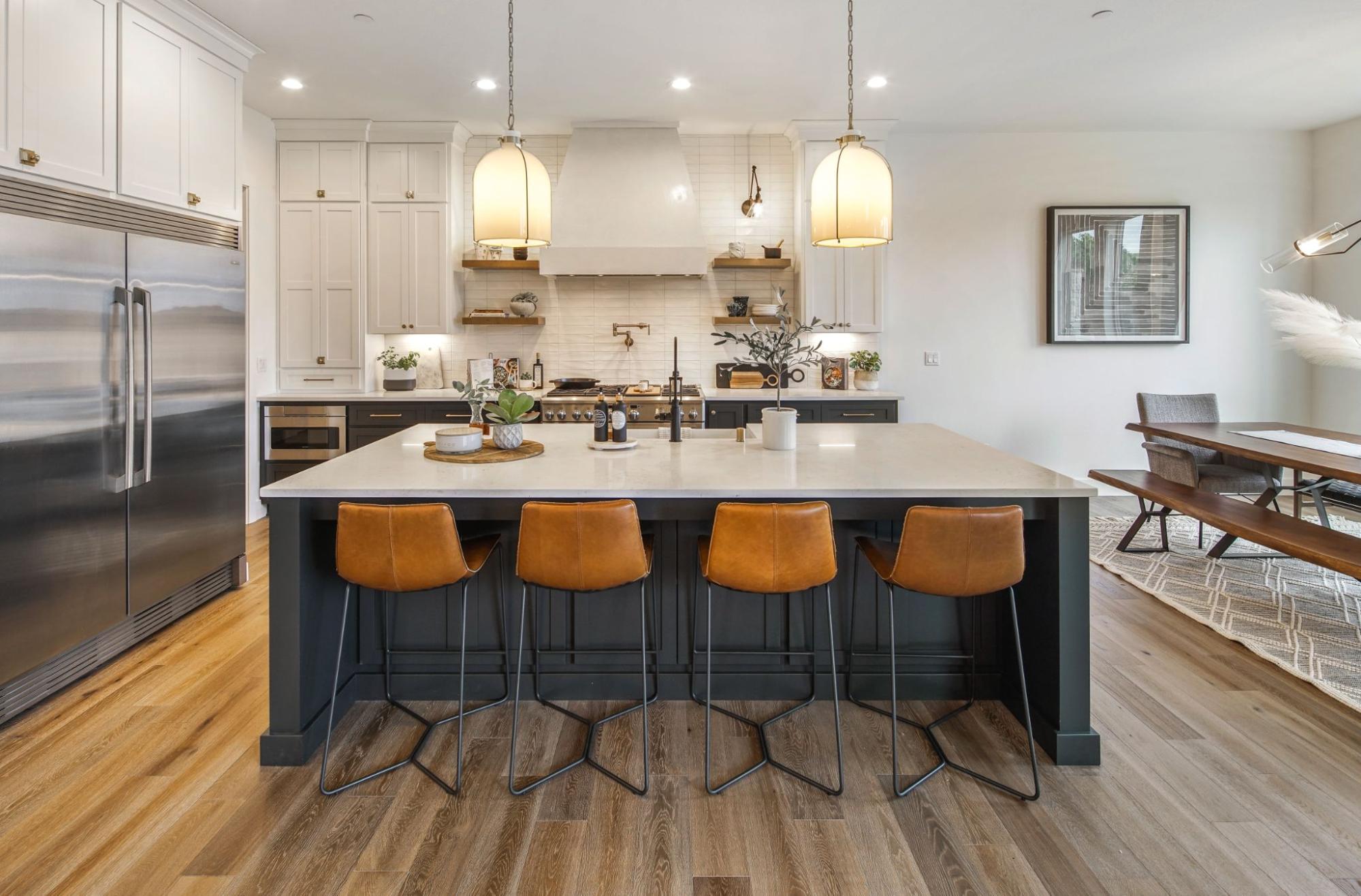 Tell me about your favorite room in the house.

My favorite room in the house would have to be the kitchen. I say this because it is the heart of the home. There are so many elements that went into creating the scheme. It was about taking each of the parts and pieces of the kitchen and molding them together cohesively.

I like that there were a lot of different elements incorporated. We added nice textures and a bit of bling with some mixed metals. We also had some unique textural surfaces that went into the kitchen. We used a soft Venetian plaster on the hood set against an undulating textural backsplash that I think, even with the neutral palettes of this home, created a lot of interest in that space.

Can you go into detail about some of your design choices?

The lighting in this home was one of my favorite parts of the design selections. We had a large open floor plan, so you could see four or five different light fixtures from one vantage point downstairs.

What was really important here was that the selections for the lighting all felt unique yet cohesive. It was about making them all speak well with each other without looking like a boxed set. 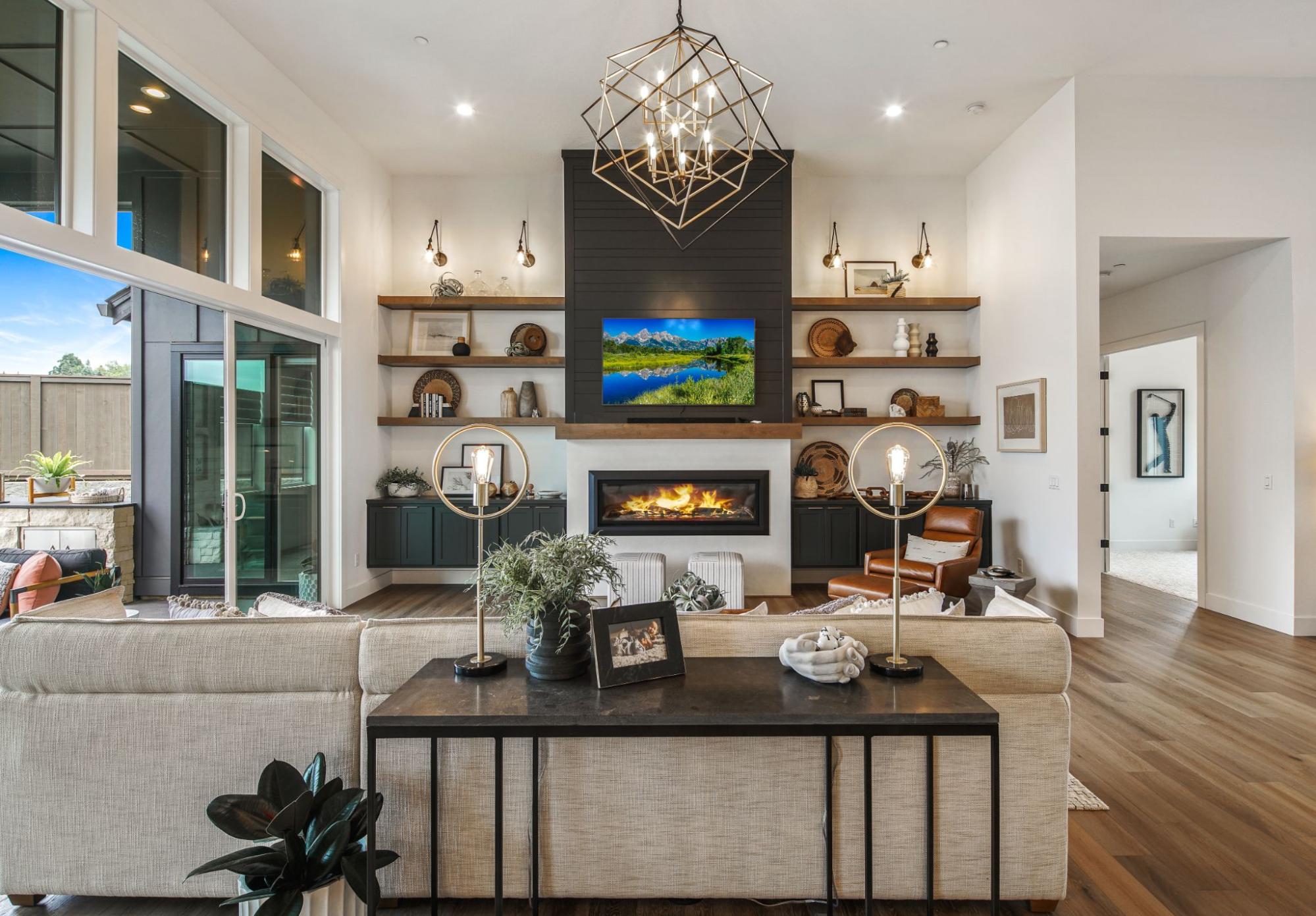 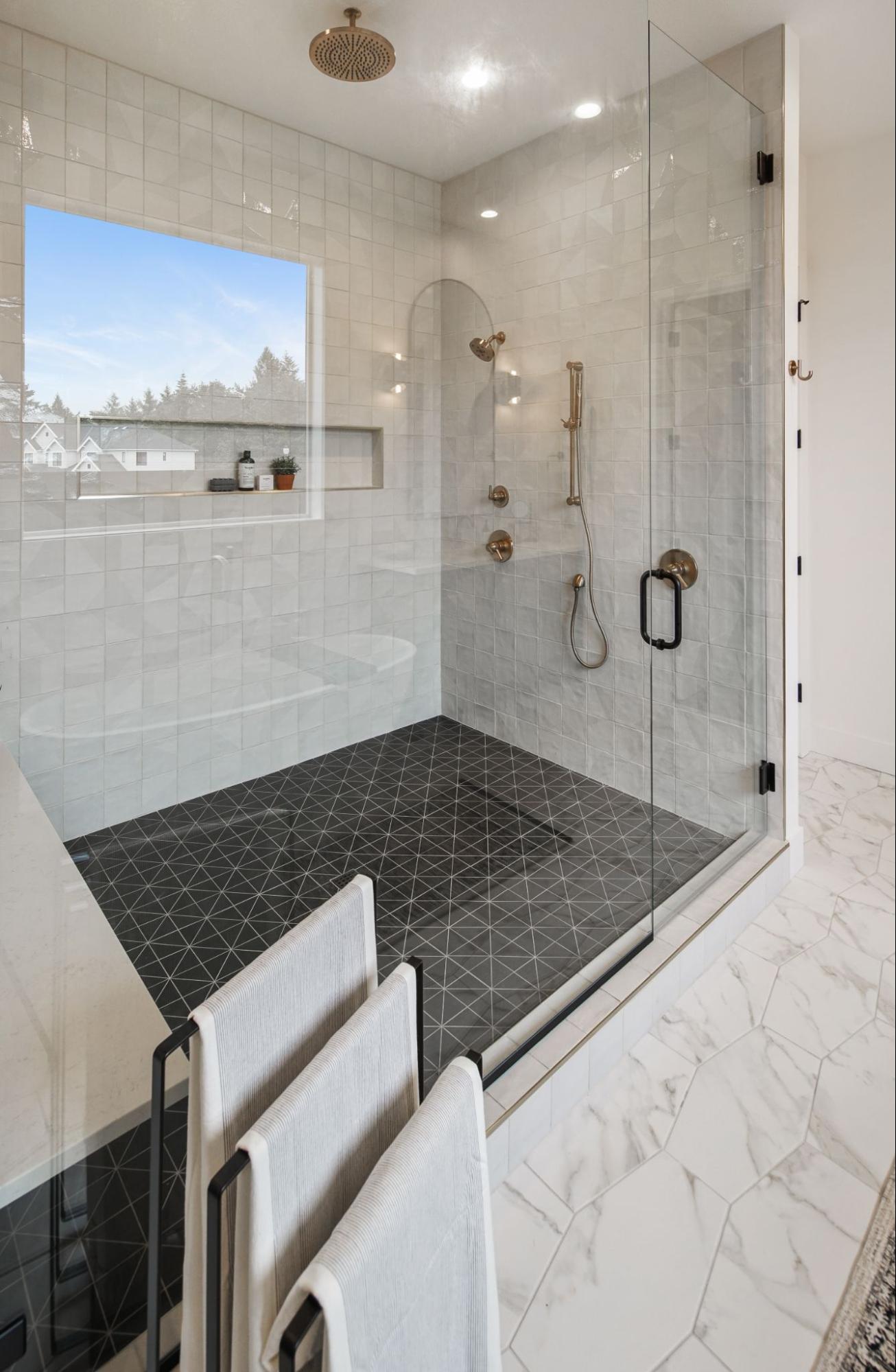 Nicole, you said there are two places where you should put your money in home design: the kitchen and the bathroom. So tell me about the bathroom design, specifically that eight-by-ten shower with geometric tile.

The shower layout was something that John had incorporated into this floor plan from the start. So when I was brought in, it was my job to do that space justice.

It was all about how I would dress that shower with the tile. Whatever I chose, there was going to be a lot of it. So we really needed to find something interesting but not overwhelming because of the quantity.

We settled on a nice square textural tile with a geometric pattern in its sheen. So subtle movement and sparkle catch the light in different ways as you walk through that space.

Another nice feature about the shower is that we added a floating slab bench into the design, which I really thought helped anchor that large space.

On the shower floor, we used a geometric black tile which I thought added a lovely contrast to the white wall tile.

We also used some gold Brizo fixtures, which helped add just a little bit of glam to finish off that space.

Tell me about the idea for the primary bedroom space.

We wanted the primary bedrooms to be an escape for the homeowners to retreat to after a hard day. So we decided to amp up the furnishings in that space. We incorporated lush fabrics and textures, layers on the bedding, and plush velvet seating. We then finished the room off with luxurious paneled velvet drapes, which actually ended up being the highlight of that room.

Adding those drapes leveled up the space to feel like a luxury hotel suite. 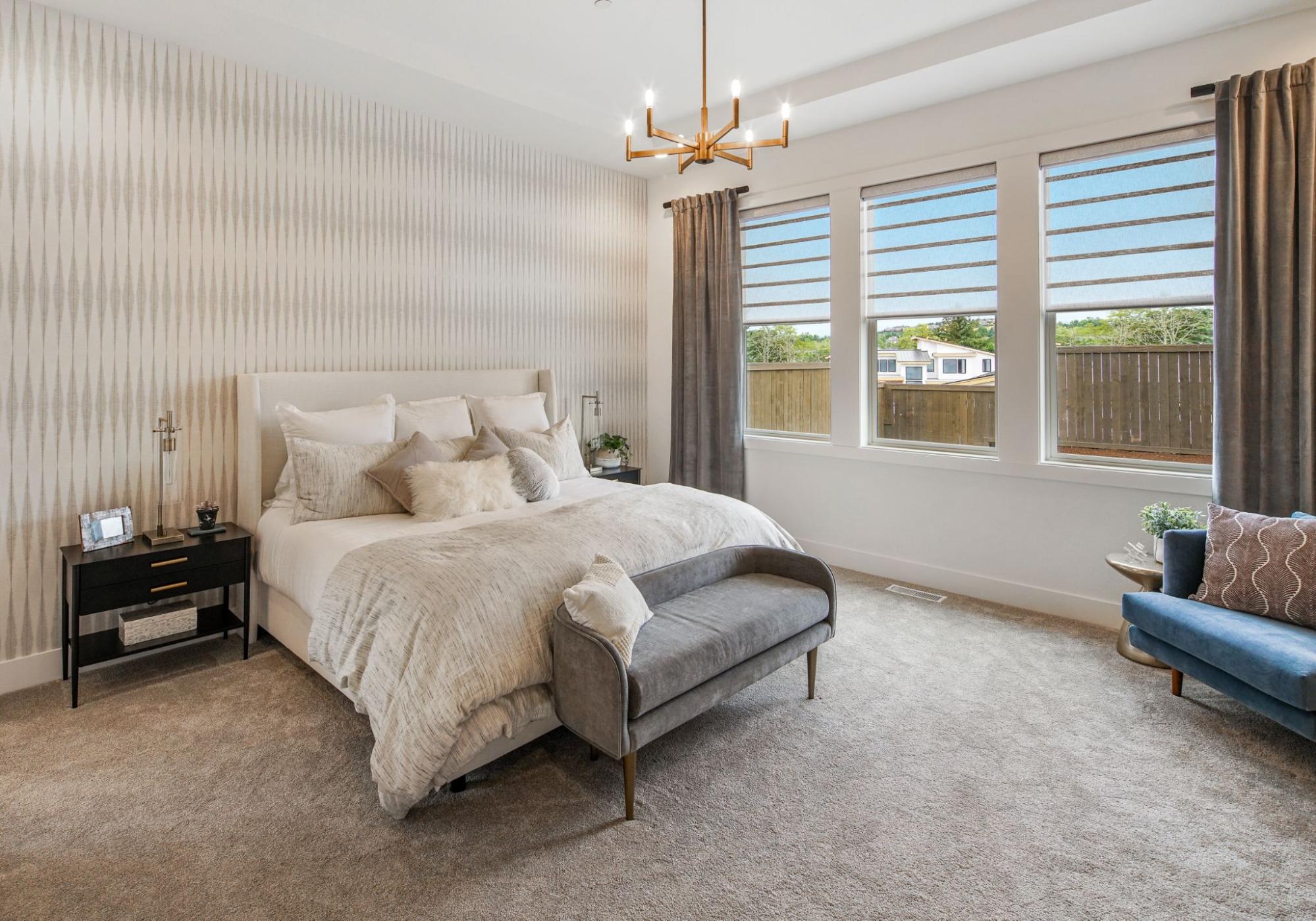 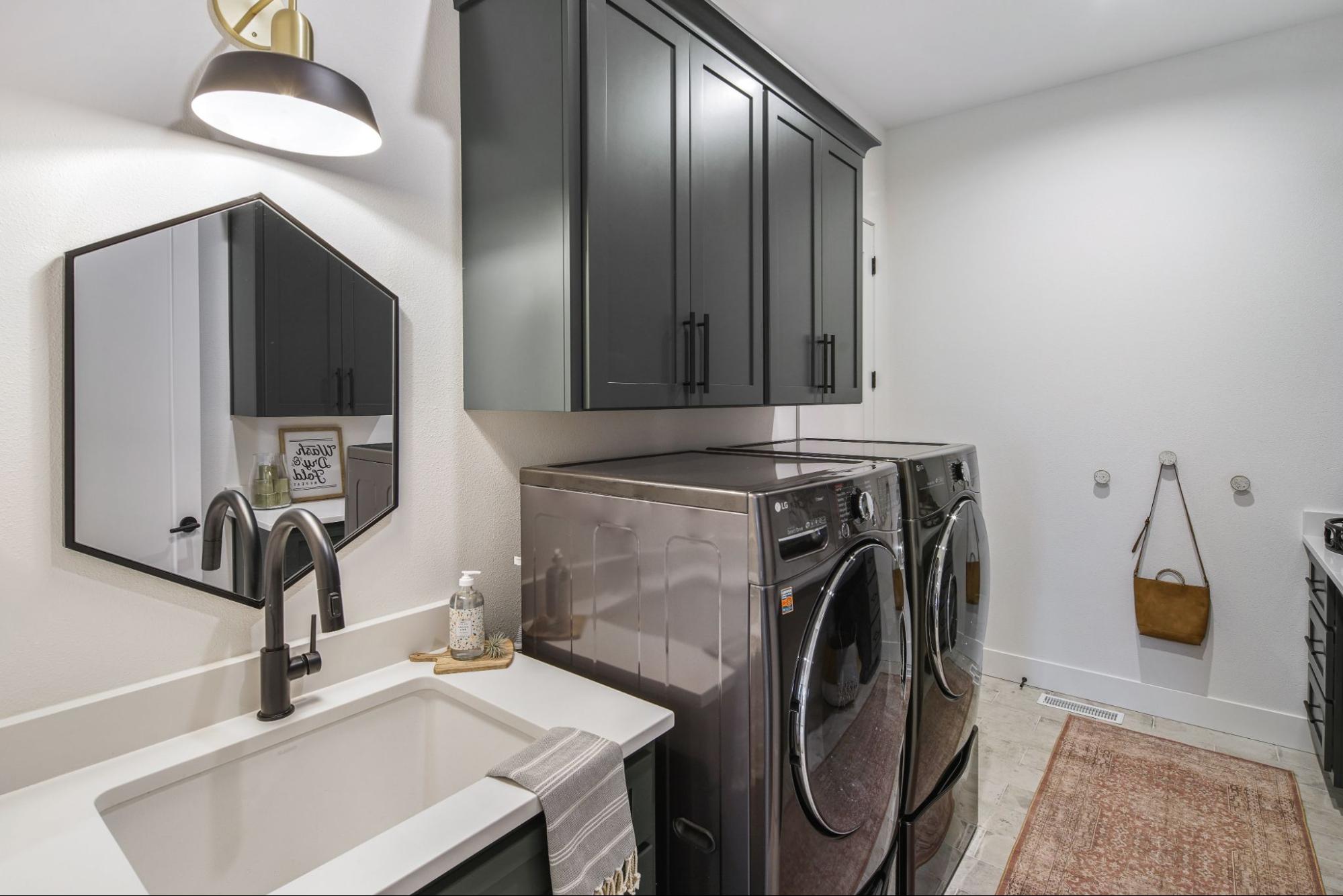 I’d never seen so much attention paid to the laundry room. Why was this area so important to your client?

Since the owner has two children, she would spend a lot of time in that space. Why not make it beautiful?

So we opted for a pretty, saturated green tone for the cabinetry, which I think made the space. We paired that with some pretty simple finishes otherwise.

On the floor, we went with a whitewashed brick porcelain tile, which was a nice finish on porcelain that helped soften the area. We also had some interesting hardware details—a fun geometric mirror above the laundry sink and a pretty wall sconce for an added light feature.

Who’s idea was the wine wall?

The wine well was really on the spot! It was a team collaboration that stemmed from an onsite meeting. Since we were designing such a large open floor plan, we ended up with a couple of columns in the great room area. So we needed to decide whether to wall it off or keep it open and have a column in the middle of the space.

Since we planned to have a wine wall feature in the dining room, we thought, why not make this a feature from the entry? That’s when we came up with the double-sided glass idea so the wine wall could be seen from every vantage point in the downstairs area.

It was a problem-solving strategy that became one of the home’s distinguishing features. 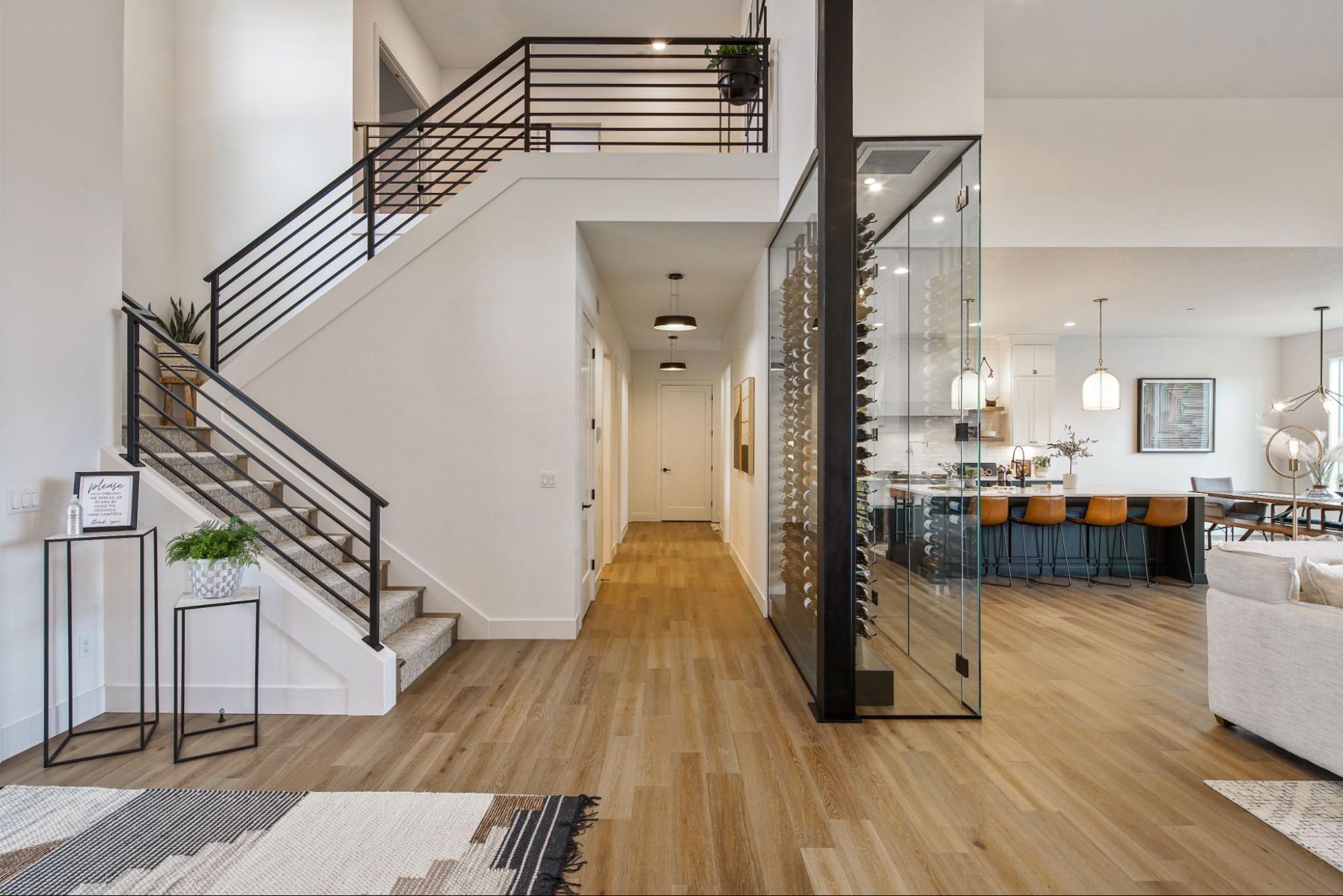 Affinity Homes is an award-winning premier home builder of unique luxury custom homes in Camas, WA. Each home is designed to meet the individual lifestyles and tastes of the client.